Sydney is the most popular destination for almost every tourist visiting Australia. Whether you’re looking for a beautiful city, cosmopolitan nightlife, or a cultural experience, the city has something that it can offer. Sydney is also a top destination for young backpackers who wants to socialize, meet fellow travelers, and have a good time.

The Best Party Hostels in Sydney

Bondi Backpackers may not be the bonkers party hostel in all of metro Sydney, but let’s admit it, if you are looking to go to the clubs or party on the beach, you have to find a place to stay in Bondi. The beach is the place where all of the best bars, clubs, and music are located. Also, Bondi Backpackers offers backpackers a chill base to hang out and socialize other tourists!

Just because you aren’t tipsy or singing your lungs out doesn’t mean Bondi Backpackers isn’t a fun place to stay. This beachside hostel offers its rooftop terrace, nightly events including barbeques, and wine nights. So, you can get drunk as a skunk while keeping a hint of class!

There’s no other way around it; if you want to party like a true Aussie, you will have to stay at Bondi Backpackers! Read more..

Wake Up! Sydney Central is an ideal place for backpackers and young travelers who want to experience the best party in Australia. The party hostel also has a cafe, licensed bar, and a restaurant.

It’s situated just across from Central Station, and it is very accessible on the shuttle service from the airport. Also, it’s only a few moments away from Chinatown, about a 15-minute walk from Darling Harbour and Sydney Aquarium, and around twenty minutes from the iconic Sydney Sky Tower. It’s a half-hour walk from the Harbour Bridge and the Opera House.

If you’re want to begin or end your Australian vacation with a bang, this is the perfect place for you. It’s one of the best spots to get to know fellow travelers and begin your trip. Read more..

Base Sydney is a hostel with an ideal location (central Sydney), a great atmosphere, and plenty of activity. They hire young staff that makes sure the place is energized and entertaining for all guests. The staff know their area well and can give suggestions about places to see and directions. Also, the hostel is the perfect place to meet new friends from fellow travelers. They also have large dorms and loads of common areas where guests can mingle. The hostel is also good at launching group activities that keep everybody involved.

The Scary Canary Bar is an excellent feature of the hostel and offers drink specials for guests every night for the whole week. They also throw a Wednesday Night Theme Party regularly.

Other amenities at the hostel include a 24-hour internet cafe, laundry facilities, a full travel desk, and public phones.

Base Sydney is also located near all of the popular tourist destinations that you should visit. Also, supermarkets, restaurants, and bars are very accessible. Read more..

Mad Monkey Backpackers Kings Cross prides itself on its astonishing atmosphere where you can meet and socialize with other like-minded travelers. Their entertainment team will put together nights out every night and find you the best deals. These deals usually include free entry and drinks at some local pubs and clubs. However, please note that the hostel only accommodates international travelers between the ages of 18 and 35 years old. So, a valid international passport must be shown at check-in.

The building is always clean, and although it is on the main night club district, the solid walls allow you to have a quiet sleep too. The hostel also offers free, fast Wi-Fi throughout the hostel, a free hot breakfast, free local gym access, complimentary tea or coffee, free Meal Nights a few times a week, an open TV room with cable, and seven-speaker surround sound. So, Mad Monkey offers the best value for money; that’s why it is popular among short and long term guests. Also, linens are included, and towels are available for hire. Read more..

Located a few seconds away from the beach, Wake Up Bondi Beach has one of the best views of Australia’s most iconic places – Bondi Beach. So, it is perfect for travelers wishing to experience the fantastic beach culture of Bondi and its surrounding areas. The recently renovated property offers a spacious rooftop with umbrellas and deck chairs. From here, the panoramic views of Bondi Beach, the sea, and the surrounding areas are showcased.

The multi-story hostel has a range of room types from private twin and double rooms to 4 and 6 share mixed dorms with several premium dorm options with views looking straight over the beach. Bondi Backpackers provides a range of lifestyle activities like personal training sessions, rooftop yoga classes, and walking tours along the scenic Bondi to Bronte coastline.

For guests who want to try Australia’s most famous past time – free surfboard hire is also offered. After a day filled with fitness activities and fun, guests can relax and mingle with a selection of weekly social events. These events range from beach BBQs to wine and cheese nights and the famous Aussie BBQ every Friday night on the rooftop (an event which you shouldn’t dare to miss)!

For those who want to head out further – the best of Bondi’s electrifying nightlife lies right at their doorstep. However, you should note this is a hostel for guests over the age of 18 only. Also, free city maps, Wi-Fi, and linens are included, while towels are available for hire. Read more..

If you’re a young adult making the journey to Australia’s largest city – regardless if it’s just for a short trip or a longer vacation – chances are, you and your friends are going to be tempted to experience the nightlife in Sydney.

As New South Wales’ most prominent city, Sydney is dynamic and filled with entertainment and touring options at any time of the day. Also, the choice of bars, clubs, and other nightlife spots is wide and varied – which may be a blessing and a curse. Let’s be honest; deciding on which club to go can be a bit overwhelming because they are a lot of choices. As the city is vast, your choice will also depend on where you’re staying and how far you’re willing to travel. It goes along with the usual factors such as your taste in music and the kind of “crowd” you are most comfortable to mingle.

The Best Places To Party in Sydney

These are some of the top places to party until the sun comes up in Sydney:

The New South Wales state government’s order to impose 1:30 am lockouts, and 3 am curfews on bars around Sydney’s inner-city has completely transformed the face of Kings Cross. However, the World Bar is a stalwart in the area that used to be the pulsing epicenter of Sydney’s nightlife. The labyrinthine four-story Victorian house is home to a series of cozy bars and balconies, and they serve their signature teapot cocktails every night of the week.

Controversially, Sydney’s casino is exempted from the government’s strict lockout laws. So, a lot more people are flocking to the Star in Pyrmont to get wasted. Marquee nightclub is the star (no pun intended) in the city’s casino precinct, welcoming well-known international DJs like Hardwell, Will Sparks, and Armin Van Buuren, to perform on their decks over the years.

This Darlinghurst classic is one venue in Sydney that hasn’t lost its luster in recent years, despite serving the partygoers of Sydney for over 20 years. Club 77 has evolved from a rave bunker to a cool underground bar over the years. Yet it has stayed true to its techno tunes – the stark red neon light and the cool crowd set the vibe for a weird and enjoyable night.

The Ivy Complex is so enormous it almost requires its postcode. It is jam-packed with eight bars, three topnotch restaurants, and four events spaces right in the middle of downtown Sydney. The main attraction is the Ivy Pool Club, Sydney’s only rooftop pool bar. It is a place where beautiful bronzed bodies gather to see and be seen while drinking a cocktail on a poolside cabana on weekends.

If you want to go to the more casual end of Sydney’s nightclub spectrum, Soda Factory is your best bet. The club blasts groovy old-school tunes that the bouncing dance floor adores. Past Soda Factory’s kitschy American diner-style entrance lies an inviting, unpretentious industrial space that serves affordable cocktails and great classic hits, two ingredients that are always conducive to a heaving dance floor and a cracking night out.

Sydney is the biggest and most densely-populated city in Australia. It is also the state capital of New South Wales. Sydney is located on Australia’s south-east coast of the Tasman Sea. Inhabitants of Sydney are called Sydneysiders, comprising a cosmopolitan and international population of people from numerous places around the world.

The city is built on hills encircling Port Jackson, which is commonly known as Sydney Harbour, where the world-renowned Sydney Opera House and the Harbour Bridge feature prominently. National parks are found in the hinterlands of the metropolitan area, and the coastal regions feature many rivers, bays, inlets, and beaches, including the famous Bondi Beach.

Sydney has hosted several major international sporting events like the 2000 Summer Olympics. Also, the city is among the most-visited cities in the world, with millions of tourists coming each year to see the city’s landmarks. Sydney’s notable attractions include Sydney Harbour, the Royal National Park, Royal Botanic Garden, and Hyde Park, the oldest parkland in the country.

Aside from its natural wonders, man-made attractions like the Sydney Harbour Bridge and the World Heritage-listed Sydney Opera House are very popular among tourists. The main airport in the city is Kingsford-Smith Airport. It is among the world’s oldest continually operating airports. Established in 1906, Central station, the largest and busiest railway station in the state, is the central hub of the city’s rail network.

If you’re not done partying yet, we recommend you to also visit Melbourne. Besides these Australian cities, you might also be interested in cheaper Asian locations such as Hanoi, Bali and Bangkok. 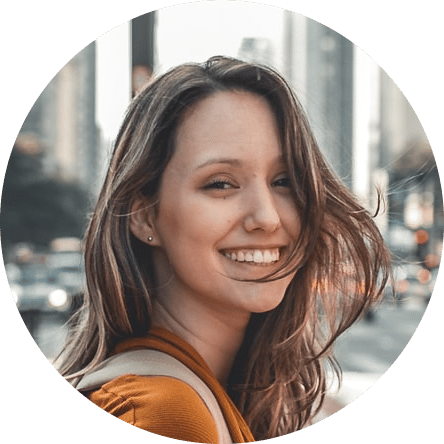 Why is Sydney famous?

Sydney, a coastal metropolis whose five million residents make it the largest city in Australia — is famous for many things. The glittering harbor, complemented by landmarks like the Sydney Opera House and the Sydney Harbour Bridge. The dozens of sun-bathed beaches peppering the spectacular coastline.

Is it expensive to travel to Sydney?

Sydney is a must-visit if you are heading to Australia, but it’s typically more expensive than you might expect, especially when the Australian Dollar is strong. Also, hostels and hotels are of a high standard, and you tend to pay a higher price for it.

Where Can I Party on a Weeknight in Sydney?

If you want to party on a weeknight, a bar with an expansive range of craft beers and savvy staff who can educate you about them is the perfect combination. Downstairs at The Local Taphouse is cozy and tempting, but on hot days and balmy nights, you should head up to the roof bar to maximize your weeknight drinking fun.
On the other hand, you can always head to the on-site bar of the party hostels that we’ve mentioned on this list. Not only are the parties in these bars wild, but it is also very convenient for you as you won’t need to go very far to have a great night.